The bucks at Greg and Linda's deer farm on Joyce Road have completed the growing cycle for this year's antlers. Each year the bucks will shed their antlers in the winter and grow a new set during the summer. During the summer the developing antlers are covered with a highly vascular skin called velvet, which supplies oxygen and nutrients to the growing antlers. Late in the summer the velvet covering is shed and the new antler is exposed. 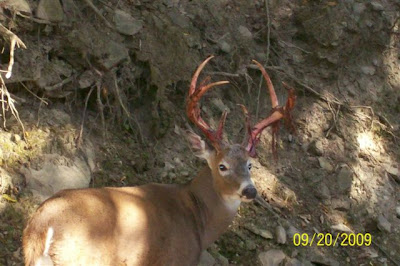 Once the antlers are fully developed Greg and Linda remove the antlers from the deer for the safety of people and the other deer at the farm.

The first step in removing the antlers requires the deer to be darted so it can be handled. Once the deer gets "dopey" they are able to catch it and put a blindfold on it. The deer will settle down when blindfolded, but it still takes about three people to hold the deer while the antlers are removed. 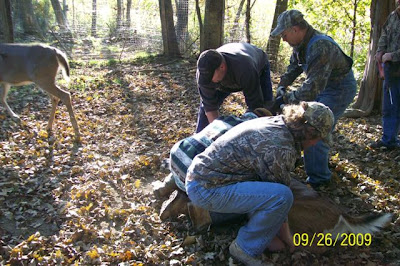 Once the antlers are removed the deer are given a B vitamin, Ivomec wormer and vision 7 to fight off parasites that live in the blood of both tame and wild deer. 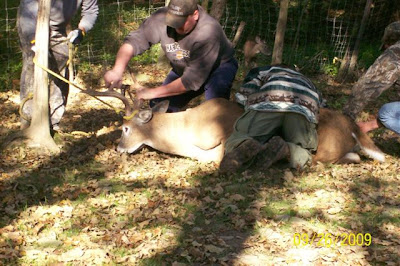 The last step in the antler removal process is to watch the deer for the remainder of the day to keep them on their feet and make sure they don't lay on their side. If deer lay on their side, gas can build up and kill the deer. 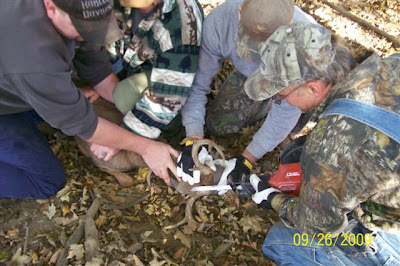 Photos provided by Greg and Linda Saylor
Posted by Bob and Mary Beebe at 12:55 PM No comments:

It was a good day for fishing at Gerry's pond. 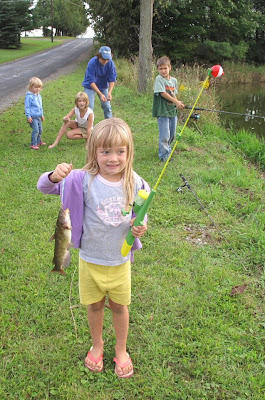 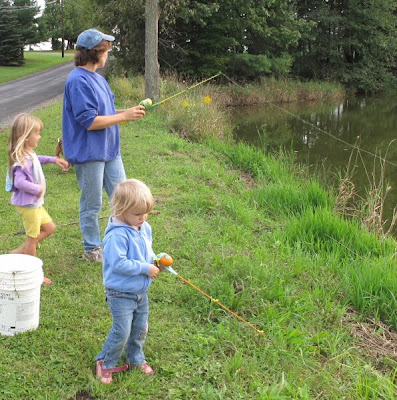 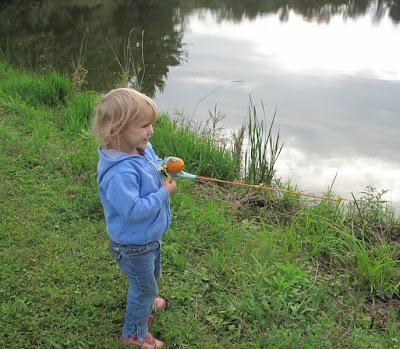 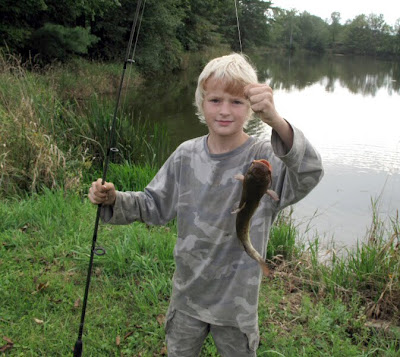 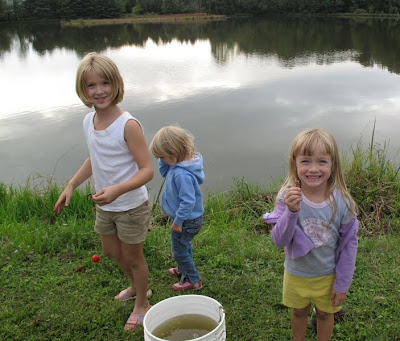 The concrete retaining wall at the barn is now complete, the drain lines are connected and we've started to back fill behind the wall. 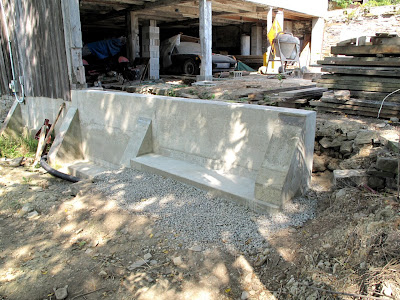 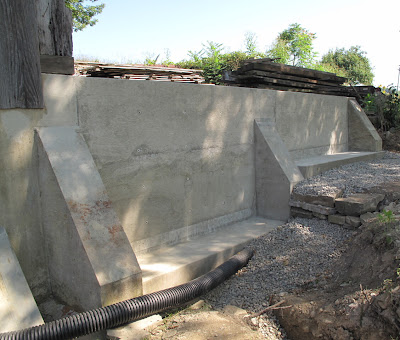 We have now moved our concrete work to the inside of the barn and will work on footers and supports to prepare of the for pouring a section of the barn floor.
Posted by Bob and Mary Beebe at 8:27 PM No comments: