Part of the routine maintenance of natural gas pipelines is to remove water, scale and rust from the pipeline using a device called a "pig". The pipeline operations crew was on our property this week to "launch a pig" in the 24 inch gathering pipeline.

To launch a pig, the reddish cylindrical object in the left of the photo, they need to close valves and bleed off the 900 PSI gas pressure in the launcher section. When the bleed valves are opened, as shown in the photo, it sounds like a jet engine at takeoff. 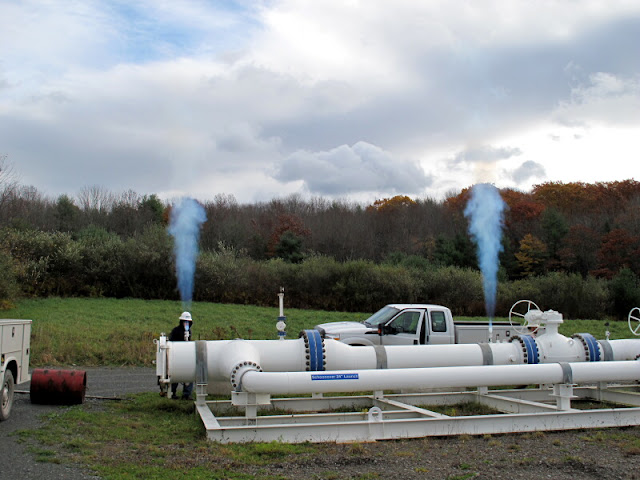 It's less than a week from the start of the Pennsylvania Fall Turkeys season. This small flock of turkeys enjoys the warm weather and a meal. 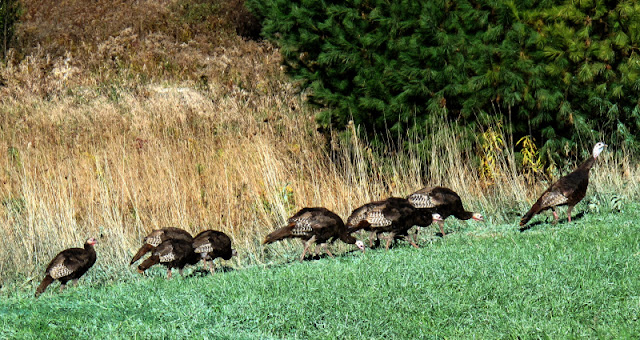 Lunch time is over and it's time to find a place to hide during turkey season.

The Autumn leaves are turning red, yellow and orange, and geese are swimming on Miner's Pond ... Fall is here. 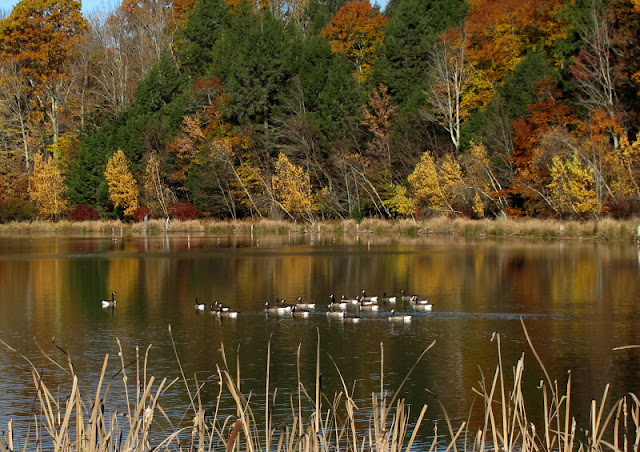 
People with arachnophobia, the fear of spiders, can in some cases have reactions triggered by just the image of a spider. To view my images of a Marbled Orbweaver Spider just click on the clip art spider.

With the cold weather moving into our neighborhood, I started doing some fall chores to prepare for winter. The hummingbirds have headed south so it was time to take down the hummingbird feeder. As I turned the feeder over to drain it, I found this orange Marbled Orbweaver Spider (Araneus marmoreus). 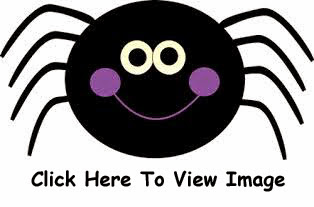 A view of the spider showing its 8 eyes and one of its black fangs.

After taking lots of photos, I released it on the wall in front of the barn.

The September weather was one of the warmest on record and now I think October is trying to balance out the average with some cold weather. I saw one or two dozen snow flakes yesterday, and a few bigger flakes today. 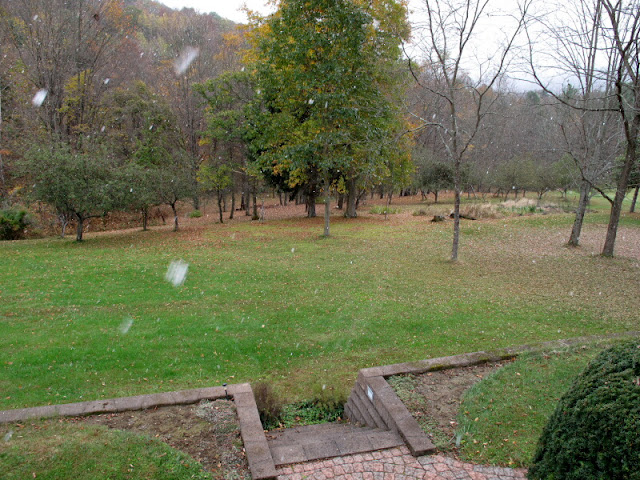 As the afternoon progressed the snow flakes started to come down in greater numbers and we had a near "white-out". 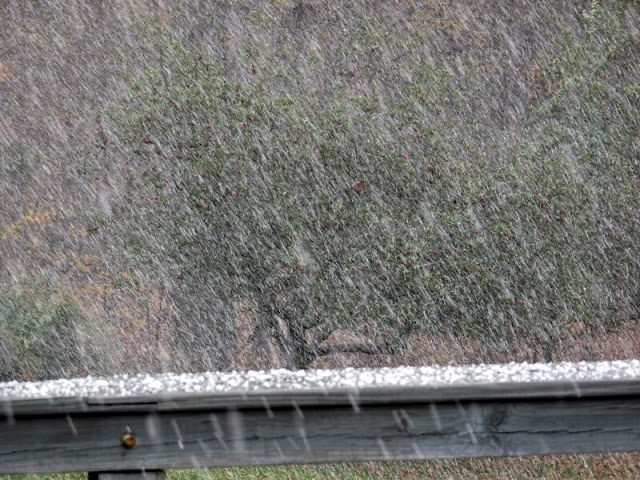 The ground is still too warm for the snow to stick, but it did coat our deck for a while. 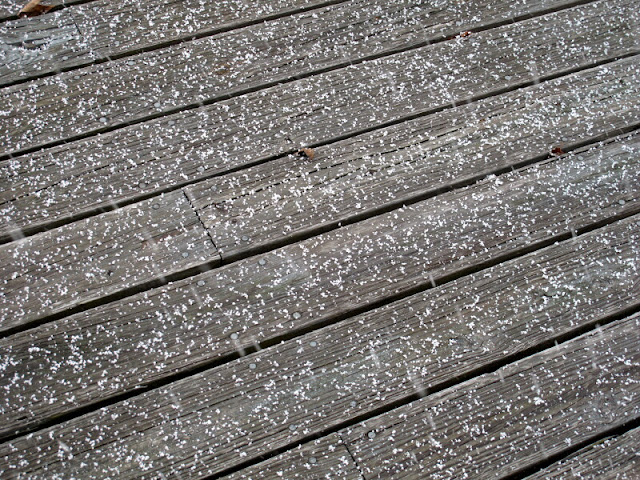 The cooler temperatures of fall are here and a few of the wildflowers are still in bloom, such as the Blue Wood Aster (Symphyotrichum cordifolium). Some of our fields are covered with a blue carpet of these wildflowers. 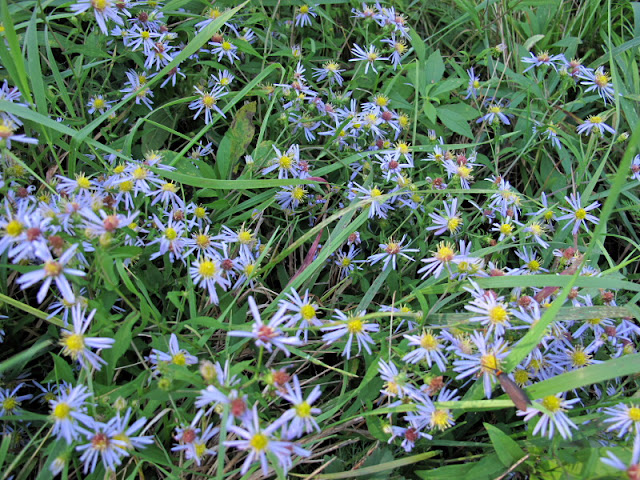 The flowers bloom with a yellow center that turns reddish as the flower matures. 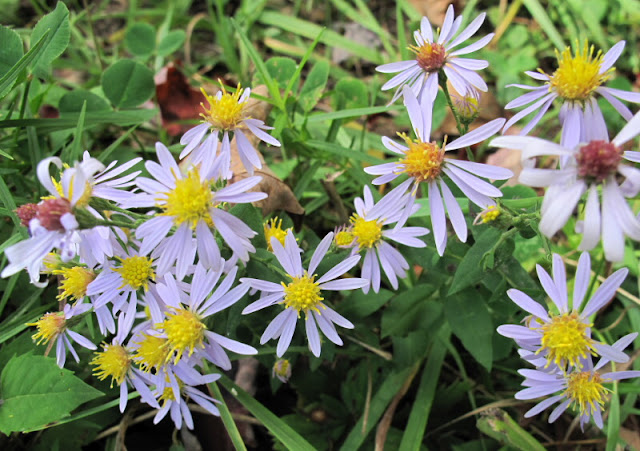 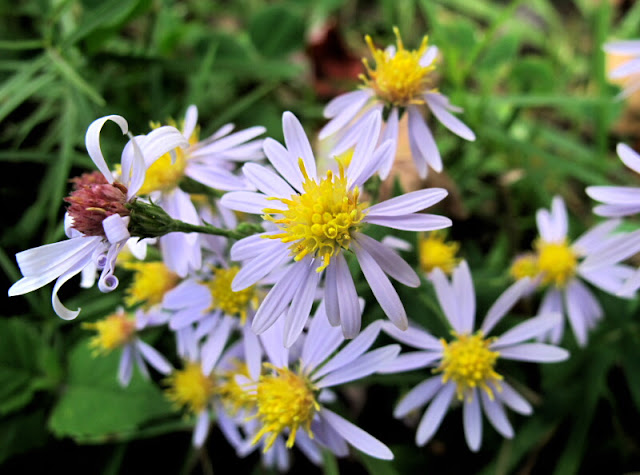 Insects, like this Virginia Ctenucha (Ctenucha virginica) moth, are attracted to the small flowers as a source of food since many of the summer wildflower are now gone. 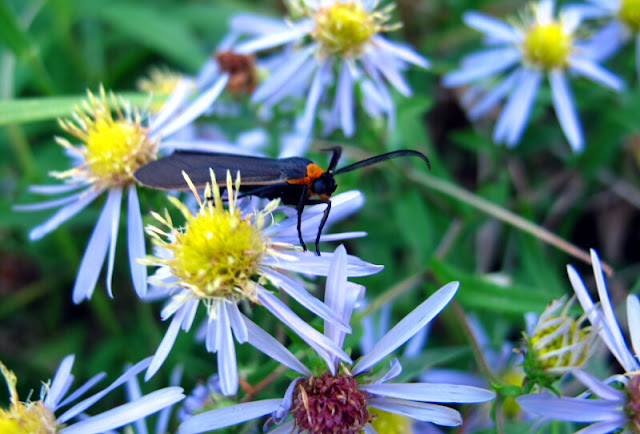