When you think of rainbows the image of warm spring and summer days comes to mind and not late November. While checking a local pond this afternoon I took this photo of a November rainbow. Posted by Bob and Mary Beebe at 4:44 PM No comments:

In September Brian and Atisha Hopkins' son Karson was diagnosed with Neuroblastoma cancer. It's a childhood cancer that is somewhat rare and he has been receiving chemo treatments at Geisinger in Danville.

The Brian and Atisha have created a website for friends & family to keep up on Karson. 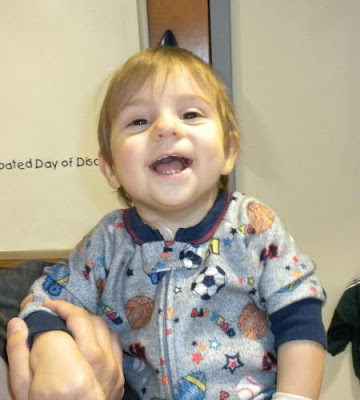 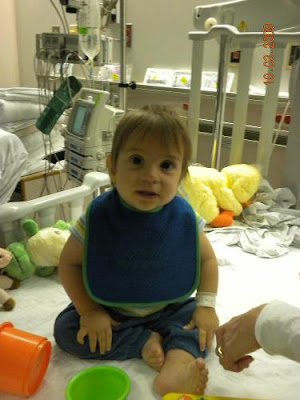 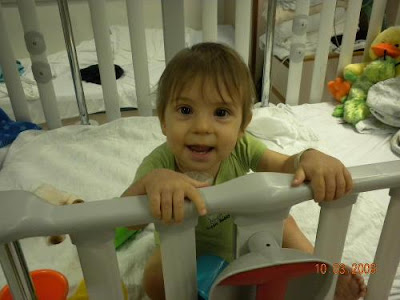 The Geokinetics' crew was back in the neighborhood for the next phase of the seismic survey. The crew tested the geophone cable connections prior to exploding the seismic charges. 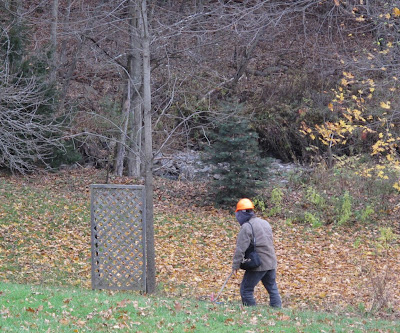 Muffled bangs could be heard when the first charges were exploded in the neighborhood but the sound increased as they worked down the valley behind the house. We watch the crew connect the wires on the explosive charge behind our house and waited for the explosion. 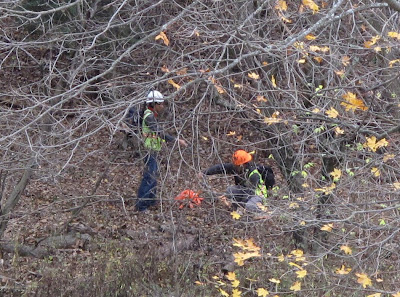 The seismic charge was about 80 yards from the house and had enough force to lift the ground above the explosion and scatter leaves. It sounded like a very large rifle going off very close and shook the house.
Posted by Bob and Mary Beebe at 7:37 PM No comments: